The Southern Necropolis is a cemetery in the Gorbals district of southern Glasgow, Scotland. It was opened in the year 1840 to provide an affordable and respectable place of burial for the people of Gorbals and the surrounding areas of the city of Glasgow. Over 250,000 individuals have been buried within the many lairs.

Stories had been circulating in the Gorbals about missing children, believed killed, the culprit was said to be a seven-foot vampire, lurking in the Southern Necropolis. The vampire was described as having iron teeth, which it used to kill and eat up children. The stories spread like wildfire, everyone knew someone who knew someone who had fallen victim to the vampire.

The adults wouldn’t believe the kids, so the kids decided to deal with this monster once and for all – by themselves. Secretly they passed messages, arranged meetings, made weapons and plotted their attack. In 1954, hundreds of young kids from the Gorbals area of Glasgow swarmed into the creepy Necropolis graveyard on the hunt for a vampire with “iron teeth” . Armed with sharp sticks and even dogs they hunted for hours upon hours, more and more kids came over the next two days. The police were called but couldn’t move the children, it took a local head teacher to finally disperse the crowd.

Hint : Wear garlic and armed with your stake, you will need to enter the Necropolis. head for the west section and then the south west corner, where the vampire lurks. The tag can be found attached to the third from the corner wall support. 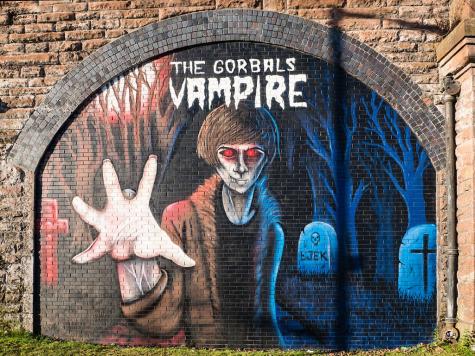 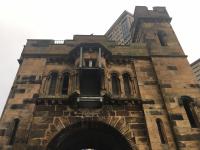 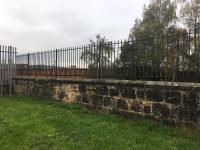