Lanark has very strong links to William Wallace, or Braveheart. It is in Lanark that the Laird (who had been put in place by the English, murdered Walace's wife. Most historical documents white wash the episodes that followed and there are few records of what happened at this location but local legend tells of a bloody revenge carried out on Wallace's orders.

After Wallace's wife was murdered Wallace and his followes attacked the castle and the soldiers within. Most records say that after the attack Wallace and his men fled and hid in the valley, however local myth states that many soldiers were taken captive and led to the the woods this tag is hidden in.

Once at the woods Wallace's men butchered the soldiers and spread their body parts all over the land to prevent their burial. Since this time there have been many reports and sightings of ghostly men seatching through the trees and the screaming of the butchered can often be heard from as far away as Lanark.

Hint: Large tree near gap in wall, hanging low down. 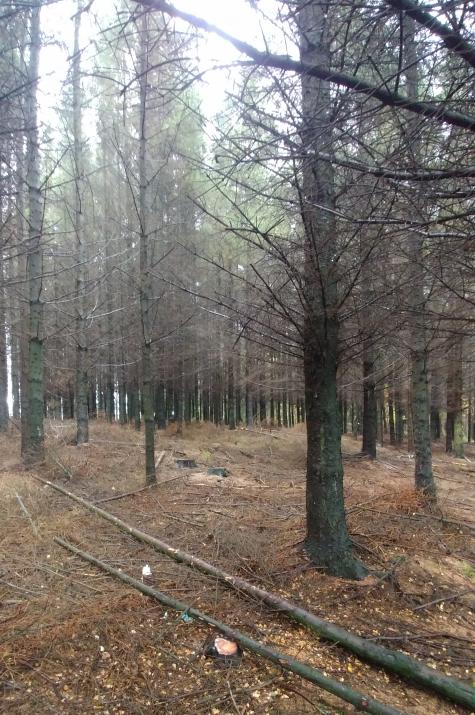