Fairport has a list of haunted Places. The Green Lantern Inn has the more widely know stories. Even the lift bridge has some lore about it.

But, The Box Factor has its own tale of tragedy.

Quoted from the Perinton Archives:

"As a young man, Daniel DeLand, one of Levi DeLand's 15 children, left his Budlong Road home to seek his fortune at sea. In 1848, having returned to New York as a canal boat captain, he met and married Minerva Parce, who had been a passenger on his boat. After several years on the frontier in Wisconsin, the couple moved back to Norwich, New York, where Justus Parce, Minerva's father, ran an ashery. It was at this point that the events that would lead to the DeLand fortune and the industrial development of Fairport began. Daniel became an apprentice at the Parce ashery where he learned the process of leaching out potash to manufacture saleratus, or baking soda, as it is known today.

The manufacture of saleratus and other soda products made use of an abundant commodity, hardwood ash, which was left as farmers burned trees and shrubs after clearing their land. The ashes were purchased by potash makers for between $6 and $8 per acre, put in wooden barrels, and mixed with lime. Water was slowly poured over the mixture, which leached out a yellowish liquid, lye. After the liquid was boiled away in an iron pot, sediment, literally "pot ash," remained. The potash was refined in a furnace until it turned into white “pearl ash.” This ash was mixed with carbonic acid, creating saleratus or baking soda, a powder indispensable not only to bakers, but also to most homemakers.

In 1852, Daniel and Minerva returned to Fairport and started their own "Mom and Pop" saleratus operation. Daniel went from farm to farm collecting hardwood ashes, and with help from Minerva and several others he undertook the production of saleratus in his home. The final product was wrapped and packaged in the family pantry. The first year's sales were about $1,000. At that time, only one other American company was producing saleratus. John Dwight of Massachusetts had started producing Cow Brand Soda in1846.

In 1853, Henry DeLand, Daniel's brother, joined the company as a salesman. Due in part to his vigorous advertising and strong salesmanship, as well as a strong demand, the company sales soon expanded to $9,000 a year. The soda was marketed as “Cap Sheaf Soda.” Two logos were used, either a sheaf of wheat or a lion rolling a barrel. By 1854, the company had outgrown the house and moved into a factory of several large buildings on North Main and State Streets next to the canal. Business continued to boom.

The 1870's was a peak period for the company and also a time of change. By 1872, the business was worth about $250,000 and was providing goods to most of the states and territories. Like much of American industry, the DeLand Chemical Company continued to expand and refine production. Elevators were installed in the plant, as was electricity when it became available. Minerva's brother, Joseph Y. Parce, developed a joined arm or double crane that was used to move goods and equipment. Steam engines were used. Boys and girls were hired to do some of the more menial work. Boys could earn $2-$3 a week preparing trays to dry the chemicals. Girls were hired to pack the soda in one pound packages that were packed 60 to a box. By 1876 the company was selling approximately 80,000 boxes per year. In 1874, 100 workers were employed at the chemical plant and sales were over $500,000. After Daniel’s untimely death in 1872 as a result of falling down an elevator shaft, his brother Henry took over the job of president. Later in that decade, Levi Justice, Daniel’s son, joined the firm and the name was changed to the H.A. and L.J. DeLand and Company

The 1890's were a difficult economic decade for many Americans and the DeLands were no exception. In 1893, a disastrous fire destroyed the DeLand Company plant. Not even the DeLand Hose Co., which Daniel’s son Levi had started, could check the damage. Although the plant was rebuilt, the economic depression of the early 1890's, continuing competition from companies like Arm & Hammer and Cow Brand, along with rising costs, prevented the DeLand Chemical Company from achieving its former glory. The company closed its doors in 1903. The buildings were sold in 1904 to the New York State Fruit Company, which manufactured vinegar and cider. The company subsequently was absorbed by the Douglass Packing Co., which by the 1920’s was producing pectin, called Certo, for use in jelly and jam making. The pectin business was sold to General Foods in 1928. Operations continued in Fairport until 1948 when the complex of buildings was sold to the Neun Box Company. When the box company moved further up North Main Street in the 1980’s, the entire complex of buildings along the canal that had been the source of much of Fairport’s industrial development was renovated to house a variety of businesses and services."

Two things that aren't mention is that another fire started in 1903 and several lives where lost during these fires. There have been several smaller mysterious fires throughout the history of the site.

Daniel DeLand is thought to still roam the building, watching over his "workers" from various windows. Another spirit is that of Reggie, an small child looking for attention.

In the basement is Arthur, a shadowy figure seen in the boiler room and storage room. Arthur is believed to have died from one the fires that started in the basement. Trapped and unable to get out. Multiple bangs are heard as Arthur walks around, still fixing things. 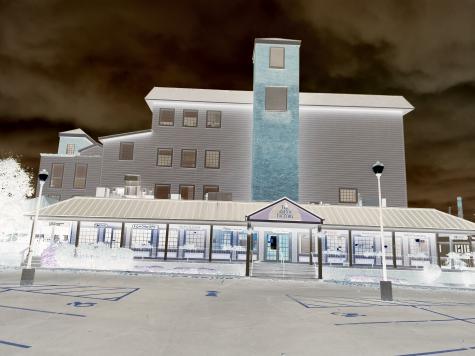 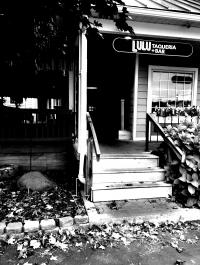