The haunted history of a Hillyard antique shop.

It is a quaint antique shop in the heart of the Hillyard neighborhood and it has its fair share of spooky stories. The building that now houses Market Street Antiques was built in 1903 and is now on the National Register of Historic buildings. The space has been used for a number of different businesses. It was first a furniture store until 1914, then a printing shop from 1919 until the 1950’s.

According to local historian and ghostologist Chet Caskey, a family that had at least 17 children once lived in what is now Market Street Antiques and may be one of the sources of the spookiness. The current owner of the shop, who bought it in 2002, has had some creepy encounters. “This particular place has more spirits than any bar in Hillyard, I’ll tell you that,” Caskey explained. “It has ghost stories that are abundant.”

Caskey’s favorite ghost story from the shop is about a woman named Bessie. About 13 years into owning the antique shop, Susan Hess and an employee came in one morning to find a large, oval photograph of a woman. They had never seen this picture before and it was not an item they were trying to sell. Caskey said at first they could not tell what it was because it looked as though someone had painted over it and took an oily rag to the front of it. Hess and her employee were obviously confused.

“In the following weeks and months, the paint and the smeared oil, it all slowly, very slowly, disappeared,” said Caskey. “Until many months later it revealed this picture.”

On the back of the photo it reads, “From Grandma and the Martin girls to Bessie 4/11/34.” The picture is on display right across from the cash register in the shop. It is one of the few items that is not for sale. “We figured she wanted to be here, there was a reason, there was an attachment,” Hess explained. “So there she sits and we all welcome her.” 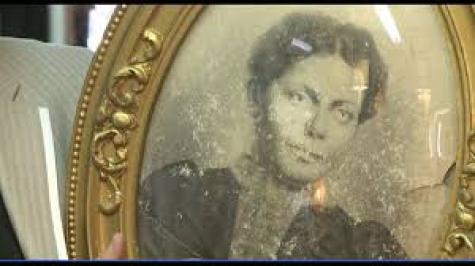 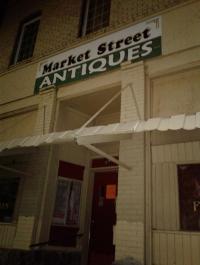 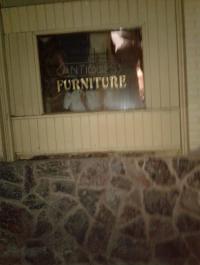