The bean nighe (Scottish Gaelic for "washer woman"), is a Scottish fairy, seen as an omen of death and a messenger from the Otherworld. She is a type of bean sìth

As the "Washer at the Ford" she wanders near deserted streams where she washes the blood from the grave-clothes of those who are about to die. It is said that mnathan nighe (the plural of bean nighe) are the spirits of women who died giving birth and are doomed to do this work until the day their lives would have normally ended.

A bean nighe is described in some tales as having one nostril, one big protruding tooth, webbed feet and long-hanging breasts, and to be dressed in green. If one is careful enough when approaching, three questions may be answered by the Bean Nighe, but only after three questions have been answered first. A mortal who is bold enough to sneak up to her while she is washing and suck her breast can claim to be her foster child. The mortal can then gain a wish from her. If a mortal passing by asks politely, she will tell the names of the chosen that are going to die. While generally appearing as a hag, she can also manifest as a beautiful young woman when it suits her, much as does her Irish counterpart the bean sídhe.

Hint: Under, but up. 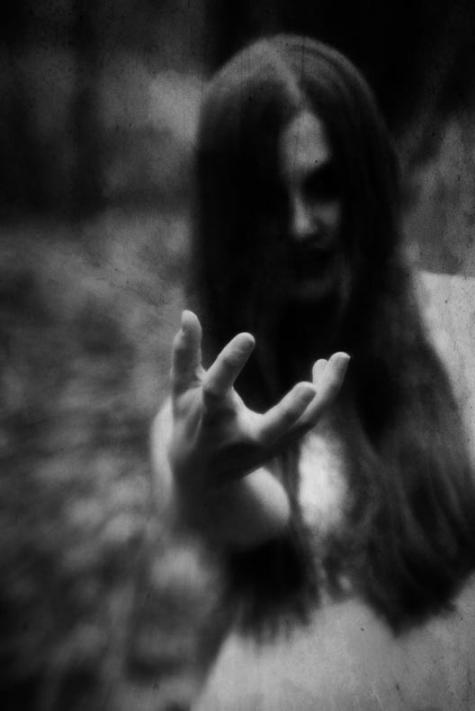 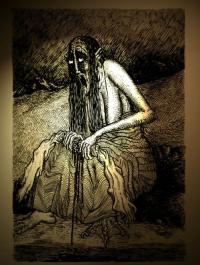