The 92nd and 141st Air Refueling Wing Headquarters building, known as "the White House," is widely thought to be haunted by at least one ghost. Airmen have been known to proceed uneasily when called back to the office during the hours of darkness.

"If I ever forget something when I leave for the day, I pretty much wince when I realize I have to go back in there," said an Airman who works at the White House, preferring not to be named directly. "Once I get in there, I make sure to get out as fast as I can."

Mysterious footsteps can be heard in the hallways, computer monitors are found to be turned on when they were off beforehand and doors slam without explanation.

Fairchild's aircraft also come under ghostly influence. Tanker 58-0050, known as "Spook 50," appears to have its own unassigned personnel. Reports exist of unexplained shadows in an unoccupied cockpit and someone being in the boom pod. No one was there upon inspection. For these reasons, many Airmen prefer not to work on the aircraft.

Regardless of true or imagined perspectives or opinions of the paranormal, Fairchild has certainly been the subject of many stories in its 71 years. 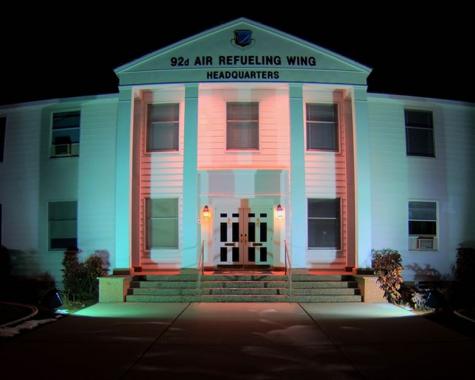