The Cù-Sìth is a spectral dog found in Scotland. The name comes from Scottish Gaelic.

In Scottish legend the Cu Sìth, which means 'fairy dog,' was said to have a dark-green, shaggy coat and to be about the size of a large calf. Green was a traditional colour worn or attributed to denizens of the fairy realm. Its eyes were large and had a fiery glow and its tail was long and curled and some times it was braided. It was said to have paws the size of a man’s hand. The beast was said to roam the wild moors and highlands, making its lair in rocky clefts and crevices.

The Cu Sith was feared as a harbinger of death. In a similar way the Grim Reaper appears at death to lead the soul to the afterlife, so the Cu Sith takes the soul to the fairy realm, or underworld. The hound is said to have hunted silently for its victim but would sometimes rend the air with three blood-curdling yowls that carried for a great distance and even far out over the sea. Who ever heard the howling of the beast had to reach a place of safety by the third howl or be killed by the sheer terror.

When this was heard men would lock up women who were nursing babies. This was to prevent the Cu Sith from stealing them away to the fairy world where they would be made to give up their milk to feed the children of the daoine sìth, or the fairies who were often believed to be the forefathers of the gods and goddesses of nature. They were said to live in fairy mounds which was the visible aspect and entrance of their realm which was a kind of parallel universe existing alongside the world of human beings.

Hint: So scared by the Cu Sith that I need a P. 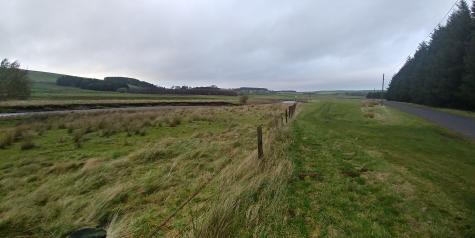 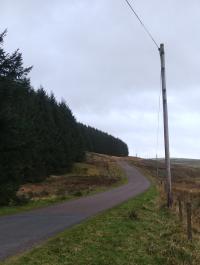 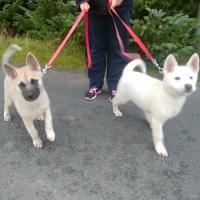